How to prevent and remove lint from your apparel?

Lint is something that appears on almost all clothing items whether you recently purchased it, or got it delivered a few minutes ago or if you've owned it for months. Most lint is made up of tiny fibers from clothes and is most likely to appear after you have washed the product. Lint can be produced by any cloth and can get stuck to any other cloth. It can get stuck to a single piece of cloth out of 50.

Do not worry though, lint doesn't ruin your clothing, it can be removed and prevented as well.

How to Prevent Lint

Use a cool, relaxed or gentle wash cycle
Wash clothes in cold water instead of hot on a gentle cycle which leads to far less lint than a hot water wash cycle does.

Isolate lint-producers
Wash blankets or sweaters separately as they cause a lot of lint to be produced which gets stuck on other clothes. Other clothes that cause lint should be washed separately as well.

Re-Dry
Another round in the washer or the dryer will shake-off most lint. You can skip the detergent, use the shortest drying or delicate wash cycle and use cold water instead of hot.

Wash clothes inside-out
Even if lint is produced, shredded and gets stuck to clothes, it'll be on the inside and not visible. This is not a permanent solution, however it works very well.

Use a Dryer Sheet
A dryer sheet is a lint magnet and removes lint from all clothes. It can even be used to rub on your apparel to remove lint and it works pretty well.
Buy from Amazon 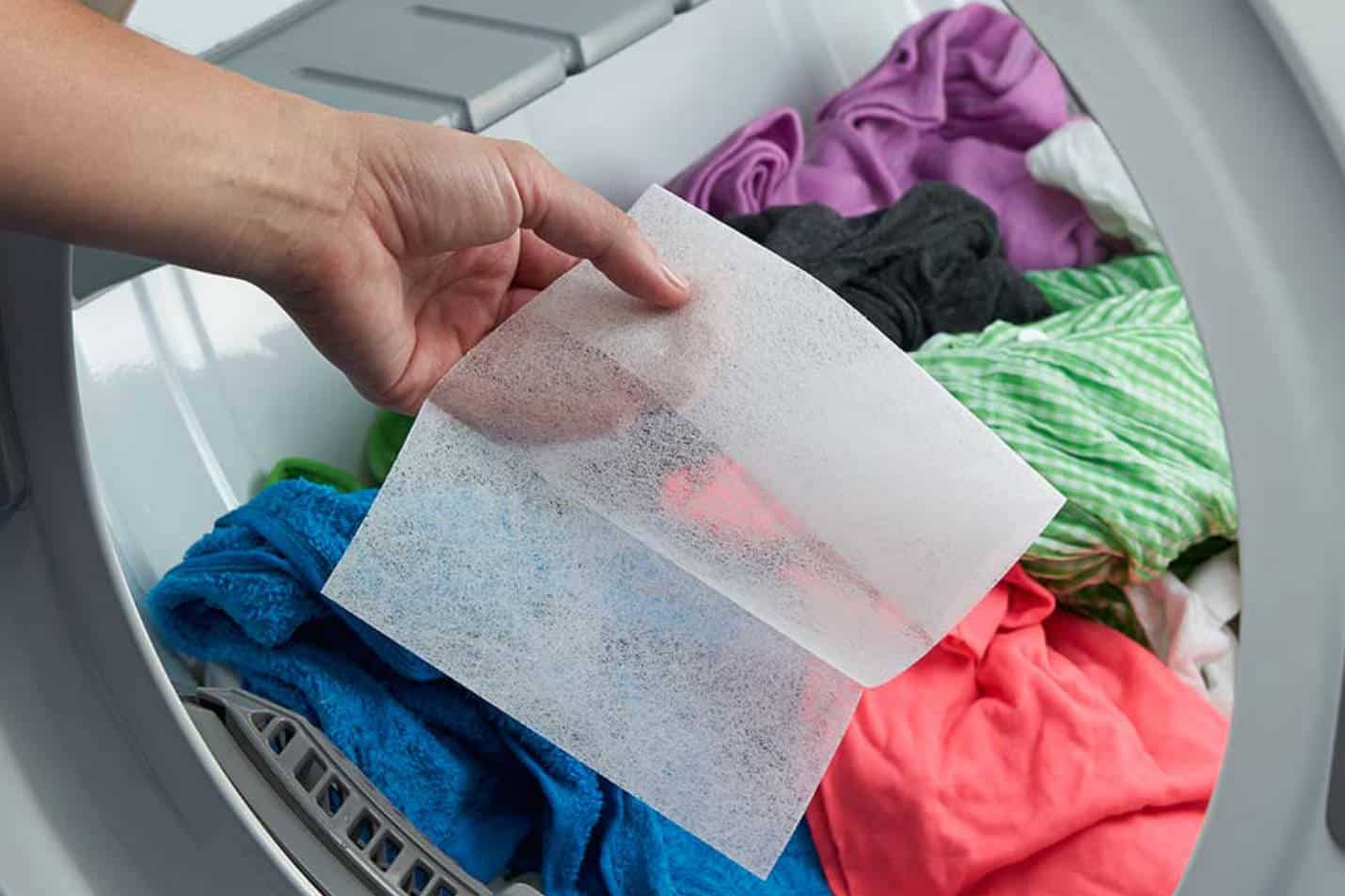 Use the best detergent for your washing machine
It may seem weird to hear but results have shown that using a front-load detergent on a top-load machine has proved to be problematic for the clothes. It doesn't work as well, the stains don't go away as much and lint keeps getting stuck. Buy from Amazon

Check empty pockets
Sometimes trousers, pants, jackets, hoodies may have items left inside their pocket that can cause lint, such as tissues, paper etc.

Use distilled vinegar (Optional)
A lot of articles on the internet have suggested adding 1/4th cup or 40-60 ml of distilled vinegar to your wash cycle or using to clean your machine. Please do your own research. Buy from Amazon

How to Remove Lint

If you have got lint on your clothes, you can still achieve success by applying the following points.

Disclaimer: All links to Amazon are to search result pages and not individual product pages. You can make your own choice. We are not responsible for the purchase you make from Amazon or the results it may or may not generate. Your may or may not see better results after following these articles based on a lot of factors. We recommend you do your own research as well.

You have successfully subscribed!

Please login and you will add product to your wishlist